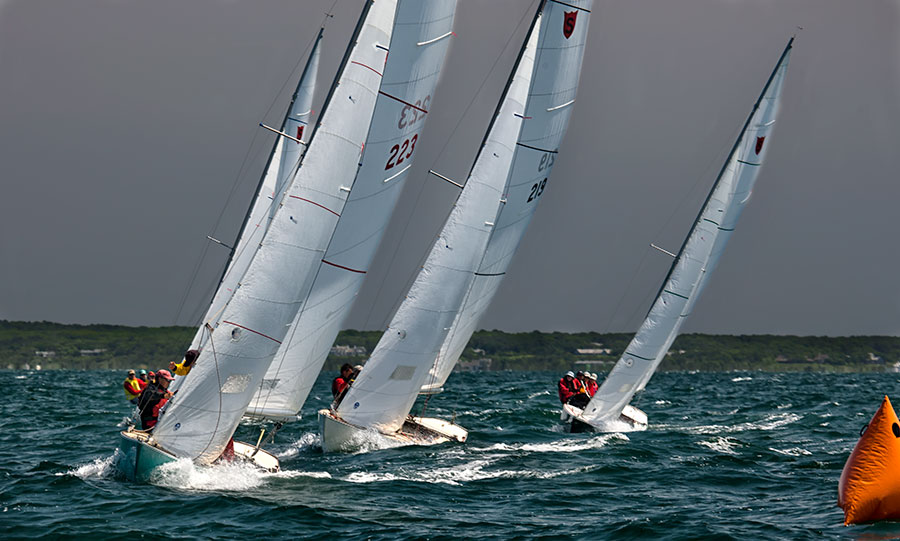 The Club found new fleets to race, among them the thirteen-and-a-half-foot Wood Pussies, SMYRAs (later known as the Rhodes 19s, designed by Philip L. Rhodes), International 110s and in 1967 the thirty-foot Shields Class sloop, sponsored and designed by Cornelius Shields and Sparkman and Stephens, Inc. The twenty-seven-foot Soling class raced from 1968 to 1972. In 1973 the high-performance, thirteen-foot-ten-inch Laser was introduced. In 1974 the twelve-foot Widgeons appeared and in 1975 the Doughdish, a faithful replica of the Herreshoff 12˝ class. Today young sailors race the Club 420, introduced in 1983, and beginners inaugurate their racing careers in the snub-nosed International Optimist Dinghies.